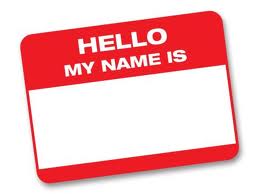 My name is Risa. That’s R-I-S-A.
When I was growing up, I was the only Risa I had ever heard of.
Surrounded by a gaggle of girls named Karen, Kathy, Linda, Carol, Nancy, and Diane, I was one of a kind. I got used to fielding the comments and questions:
No, it’s not short for anything.
Not Tuh-risa – just Risa.
I know what it means in Spanish and Latin.
Like Lisa, with an R, OK?
Repeat, repeat, repeat. . .
My mother told me she made up my name. Then she told me I was named after an opera singer from the Bronx.

Risë Stevens, an opera singer who was quite well known in the 1940s and ’50 s, spelled her name R-i-s-e with a diaeresis over the e so no one would call her Rise by mistake. I wonder how many times people said, “Yo, Rise— what’s with the dots?” 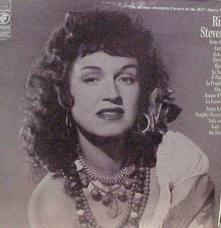 Just about every Risa born during Ms. Stevens’ era can point to her as the original. She was talented and beautiful, and her Carmen was once described as “saucy.” A worthy namesake.

Lately, Risas are on the rise. There’s a casting agent whose name rolls past almost too quickly in movie credits. I have met four Risas who live near me in California and one who lives in New York.

A Risa in LA was named after me. And several years ago, a couple in my neighborhood named their baby Risa. We were Big Risa and Little Risa for a while until we both thought better of it. We Risas don’t like to stick with things when they are no longer cool.

A few years ago, I introduced myself to someone who told me that a Risa he knew belonged to the The Reesa Society. “The what?” I asked him. He said there is a society for people named Risa, no matter how it’s spelled.

So I checked out the web site, and printed my very own certificate of membership. There were so many comments on the site that the host stopped accepting new ones in 2003.  The grand originator, the inspiration to mothers all over America in the 1950s, the anthropological Lucy to all of us, Risë Stevens the opera singer herself, had signed up as a member.  She passed away recently at the age of 99. Saucy and long-lived: a worthy goal.

With my certificate of membership, I am now part of a sisterhood with a shared history and a built-in understanding of what it’s like to have such a fuss made over a simple name like ours. My fellow Risas are a font of information. Where else would I have learned about the Reesa character on Seinfeld, and Star Trek’s planet Risa, the “infamously lush resort planet, renowned for its breezes and easy-going sexuality, host to millions each year.” I wonder if Risë Stevens ever heard about this. Makes saucy sound kind of weak.

A couple of the Risas I read about had gone through a period where they gave up and just answered to Lisa or Rita or Theresa or whatever. I used to toy with the idea myself when I was younger, but I actually liked having a name that was different, even if I had to go through the questions and the spelling every time I was introduced to someone.We Risas like to be addressed correctly. As one member of the Reesa Society wrote: “Everyone wants to pronounce it wrong. Then they tell you it is the prettiest name they have ever heard.” We laugh, because Risa means  laugh or laughter in Spanish, as I have been told so many times.

It still makes me stop in my tracks when I see my name in print, though. We are often literary people, and take notice on the rare occasion an author shows the grace and sensitivity to name a character Risa. And thank you, Michael Chabon, for the mention. (The Yiddish Policeman’s Union, pg. 265)

I find it comforting to know there are more of us in the world than I ever imagined, and according to the Reesa Society website, we are not all named after the same person, we are not all descended from Russian Jews, and no one ever uses those whaddya call ‘em dots over the e anymore. As far as I am concerned, mine is the only correct spelling, but we Risas are a tolerant group and welcome the double ee’s, the double ss’s and even the occasional extra “h”.

Nicknames are an issue, though. You can only shorten a four letter word so much. A few people like to call me “Ris,” but it looks funny when you  write it R-i-s, and if it’s R-e-e-s-e, then that’s longer than my actual name.  Old Brooklyn Dodgers fans might have been tempted to call me “Pee Wee Reese” back in the day, but it would be an unseemly nickname for someone who prefers to be thought of as “saucy.”

Then there was the whole  Rhesus monkey thing in elementary school.

Some joker gave me a Reese’s Pieces t-shirt once upon a time. It was bright orange and also sported the slogan “Two Great Tastes.” I wore it proudly, especially when I was nursing my youngest child. We Risas are able to take a joke, even when it has to do with something as closely tied to our self-esteem and our feelings as our very own special name, which, as you know by now, means “laughter.”

There will never be things with my name on them hanging on those racks  you see in toy stores. I think about the young Risas of today with no little license plates, no toothbrushes or barrettes. To them I say: suck it up! We are saucy, confident, and proud. We don’t need no stinkin’ barrettes! Say it loud and spell it clearly. Over and over again.

And remember to smile when you say: Hello, My name is Risa!

Filed Under: Zero to Sixty in One Year

Babies: They spit up on your shoulders (and your lap and in your hair); you cheer when they burp, you sing while you change their diapers and make silly faces to make them smile. And what a reward when they do grace you with a smile–or better yet, with a laugh! Yes, I just spent… END_OF_DOCUMENT_TOKEN_TO_BE_REPLACED