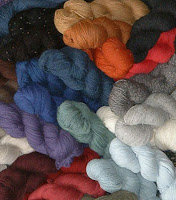 It occurs to me that I haven’t written anything here about knitting yet. I’ve been knitting since my friend Marsha taught me how back in high school. Which means a lot of knits and purls and dropped stitches over the years.

One of the first things I did after we settled into our temporary digs in Moraga was to start a knitting project. I just needed to get something going, to hear the needles sliding against each other and feel the yarn in my hands.
All the sweaters I’d ever made over the course of nearly twenty-five years—several for my husband and for each of the kids—were gone, including the box of baby sweaters and blankets I’d tucked away, just in case we might have grandchildren eventually.
Spoiler #1 : I now have ywo grandchildren –and another one is on the way.
Spoiler #2: That’s why I am knitting a blanket now, which is why I felt like writing about knitting today.


A brief history of knitting:
Here is the one I made:
The sweaters I’ve made are marks on the  timeline of my life so far: this one for the boyfriend; then that one for the husband, for the baby, for the next baby and the next. For a grandchild. Needles clicking, time passing, life unspooling, things unraveling or taking shape. Each new project represented a new challenge: some were eventually tossed aside with anger or sorrow and frustration, while others were met head on and overcome with triumph.
In 1992,  I recreated the world.
It took me longer than seven days— longer than six days, I should say. More like a couple of months–three, tops. And I did it with yarn and knitting needles. I created the world with yarn and knitting needles, and then I gave it to a child who never really liked it because it was a “little itchy.”
Making this sweater was like knitting a picture, kind of the yarn equivalent of “paint by numbers.”   When creating Earth, I started in the Southern Hemisphere and worked my way northward. Beginning with Tierra del Fuego, and proceeding up the continent of South America, I traveled  from one pole to the other, channeling my inner Rand/McNally.
There is no accuracy in the scale of my universe, of course. The moon, a smiling crescent, is about the same size as Earth. Call it creative/poetic license. And the planets are not in the right order either. The stars are as large as the planets and it’s all kind of higgledy- piggledy when you think about it.

I still have the sweater. You don’t just toss out the universe when someone “outgrows” it, or because it’s “too itchy” to wear more than once. The boy I made it for is a grown man now. He vaguely remembers the sweater, but I see it every day, captured in a photograph. A tolerant young boy, hands at his sides, well-aware of the gross injustice imposed on him by having to wear this sweater.

Filed Under: knitting, sweaters, yarn, Zero to Sixty in One Year